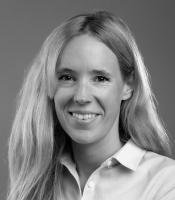 Milly joined EuroNavigator following a career in international politics and public affairs in the US, UK, Croatia and Brussels.

During her time in Palo Alto, California, Milly worked on campaigns for the US House of Representatives, as well as a national campaign to recruit women to run for public office at both national and state levels. Living and working in the heart of Silicon Valley gave her the unique opportunity to witness first-hand the rise of big tech and its impact on policy making.

In the UK, Milly strengthened her government relations skills while working at a London based public affairs and communications agency. Specialising in transport and infrastructure, Milly managed stakeholder outreach and engagement with a specific focus on Whitehall and the UK Parliament.

Milly holds a Master of Science in Politics and Communication from the London School of Economics. Her thesis on political communication in Croatia was published by the university as one of the top dissertations of that year.