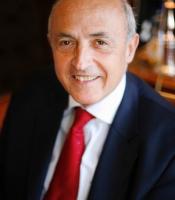 Jean-Hervé Lorenzi, Major at the Agrégation des facultés de droit et sciences economies (Faculties of Law and Economics) in 1975, is Chairman of the Cercle des économistes (the famous circle of French economists), holder of the Chair “Demographic Transition, Economic Transition within the Fondation du Risque (Foundation of the Risk) and Chairman of the Pôle de Compétitivité (Pole of Competitiveness) “Finance Innovation”.

He is a member of the Board of Directors of the Edmond de Rothschild France Group, of the supervisory board of Euler Hermes and the Boards of directors (board meetings) of the Médéric Alzheimer Foundation, the IDATE and the BNP Paribas Cardif. He was Professor at the university Paris-Dauphine and the member of council of economic analysis. 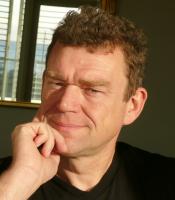 Paul Verschure is Catalan Institute of Advanced Studies (ICREA) Research Professor, Director of the neuro-engineering program at the Institute for Bioengineering of Catalunya and the Barcelona Institute of Science and technology where he runs the Synthetic Perceptive, Emotive and Cognitive Systems (SPECS) Laboratory (specs.upf.edu). He is founder/CEO of Eodyne Systems S.L. (Eodyne.com), which is commercializing a novel science grounded neurorehabilitation and cultural heritage technologies. Paul is founder/Chairman of the Future Memory Foundation (futurememoryfoundation.org) which aims at supporting the development of new tools and paradigms for the conservation, presentation, and education of the history of the Holocaust and Nazi crimes.

He received his MA and Ph.D. in Psychology, and Paul's scientific aim is to find a unified theory of mind and brain using synthetic methods and to apply it to the quality of life enhancing technologies. His theory of mind and brain, Distributed Adaptive Control, has shed light on the function of a number of brain structures, used to control advanced mobile and humanoid robotic systems and has laid the foundation for a novel neurorehabilitation approach called the Rehabilitation Gaming System (http://specs.upf.edu/research_in_neurorehabilitation). Paul explores new methods for the simulation, visualization, and exploration of complex data to support his DAC theory and advance clinical diagnostics and intervention in neuropathologies such as stroke and epilepsy (brainx3.com). Complementary to his science, Paul has developed and deployed over 25 art installations (http://specs.upf.edu/installations). These include the biomimetic mixed reality space Ada experienced by over half a million visitors (2002) and more recently three virtual/augmented reality educational installations and applications for the Memorial Site Bergen-Belsen (2012 - ) which is now generalized to other sites across Europe.

Paul manages a multidisciplinary team of 30 researchers (specs.upf.edu) with whom he has published over 300 articles in leading journals and conferences in a range of disciplines. Paul collaborates with a wide network of international researchers. He has represented Switzerland at the Global Science Forum of the OECD, is chair of the annual Barcelona Cognition, Brain, and Technology summer school and co-chair of the annual Convergent Science Network’s conference Living Machines. Paul also hosts a podcast (csnetwork.eu/talks/podcast). He is the founder and academic director of the Interdisciplinary Master programme Cognitive Systems and Interactive Media at University Pompeu Fabra in Barcelona. 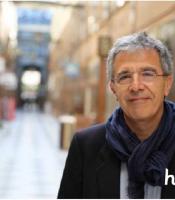 Didier Rappaport is the CEO and co-founder of Happn, the 100% mobile app which is revolutionising dating and allows users to meet people they have crossed paths with in real life, using a unique combination of real time and hyperlocation.

Didier began his career in setting up an international trading company. In the 90’s he discovered the digital world and created the first platform for B2B services devoted to the textile trade on an international scale. He then set up another platform, SourcesIT, this time devoted to IT professionals.

In 2005, Didier co-founded Dailymotion, where he served as chief operating officer.

In 2008, Didier joined Nomao, a personalised social network using geolocation, and immediately set about turning it into a search engine, after which he created Happn in 2013, a dating app he launched in 2014.

Today the application has near 40 million users worldwide and operates across 40 countries in 50 cities such as Rio de Janeiro, Buenos Aires, New York City, London, Madrid, Paris, Mumbai, Sydney, Moscow and Singapore to name a few. 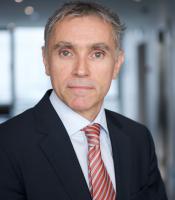 Christophe Montagnon, agronomist, began his career in 1985 by taking over the family farm. In 1992 he joined a subsidiary of the Auchan group as assistant director of a restaurant. In 1996, Randstad recruited him to run two agencies in the Loire. Shortly afterwards, he managed the merger of LTI-Bourgogne into the Randstad Group and then became district manager for Burgundy and the Rhône-Alpes region.

In 2003, he created and developed expert centres that grouped consultants according to their professional specialisms. In 2009, after the merger with VediorBis, he was appointed Director of Organisation, with the main mission to provide the new entity with the concepts that led to Randstad's success: the role of the consultant and the expert centres in particular.

Since 2011, Christophe Montagnon has been Director of Organisation, Information Systems and Group Quality. He is also in charge of Yacht, a subsidiary specialising in the technology service 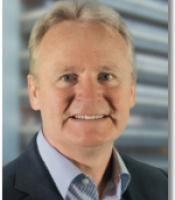 Paul O’Brien is Director of the Service, Security and Operations Lab at BT. He leads an award-winning team applying smart technologies to transforming the way we manage telecommunications networks and digital services. Their activities include exploiting AI and machine learning to automate operations, developing advanced data analytics capabilities for cybersecurity and customer insight, and exploiting optimisation technologies for driving business agility and efficiency. His team also includes overseas labs in China, UAE and the US, and BT’s patent attorneys.

Paul has a passion for technology research and innovation. He has worked in telecommunications for over 25 years in a number of roles including, technology venturing and start-ups, managing large research programmes, leading international collaborative projects, and chairing standards committees.

Paul is a keen advocate for careers in engineering. He is a mentor for the Tamar Engineering Project at Plymouth University, a judge for the annual Tech4Good awards, and is a board member of the Institute for Telecommunications Professionals.

He holds business and technical degrees from the London School of Economics, University College London, Essex University and University of Hertfordshire 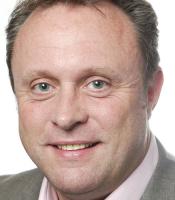 Chris Johnson is Nokia’s Senior Vice President of Customer Operations for vertical Enterprise markets including, Transportation, Energy, Public Sector and other key segments.  Chris joined Nokia on September 1, 2017 and leads an organisation focused on bringing mission critical communications technology to our key Customers and Markets, and has global responsibility to drive sales in these defined segments.

Previously at Hewlett Packard Enterprise, he was Managing Director, for the Middle East, Mediterranean & Africa (MEMA) region. Before this he gained experience with NCR, EMC, Sequent and HP, holding IT Sales, Sales Leadership and General Manager positions across a variety of technology businesses and geographies around the world.

Chris graduated from Humberside University at Hull with a BA (Hons) in Business Studies and enjoys sports, cooking and writing, playing and listening to music. 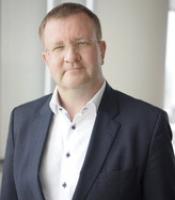 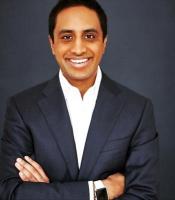 Zia Yusuf is a leading European tech entrepreneur who believes in the power of exponential technologies and artificial intelligence to improve our lives. He speaks passionately on a range of subjects including the experience economy and the instagram generation, conversational commerce, artificial intelligence, automation, and the role of machines in our future. He was named as one of the eight most influential Goldman Sachs alumni in Fintech by Business Insider, and has been profiled in the likes of Esquire, Forbes, Fox Business and CNBC.

Zia succeeded in creating one of the world's fastest growing technology companies, having grown revenues 14x in the last 12 months, with this growth driven by next-generation products based on pioneering artificial intelligence. He has assembled an elite team of engineers in London, including the likes of Ijaz Akram as Velocity's CTO (former Global Head of Engineering at Amazon Prime), and other data scientists and AI experts. Through harnessing AI, Velocity has been able to generate $700k of revenue/employee, 5-10x greater than old-economy players in the space. Zia recently spoke at Founders Forum, and Velocity counts the likes of Sebastien Thrun (Founder of Google X) as an AI advisor.

After graduating from the London School of Economics, Zia enjoyed a meteoric career in finance, firstly at Merrill Lynch and then at Goldman Sachs where, aged 28, he was named an Executive Director. He covered the Automotive, Industrial and Aerospace sectors, learning what made great businesses.

He quit his job and co-founded Velocity, a tech startup whose mission is to inspire and facilitate extraordinary lives in the digital age. Velocity Black, its flagship product, is a revolutionary technology to enhance and optimise your life. A 24/7/365 always-on digital assistant powered by human and machine intelligence, which simplifies and enriches your time. From discovering and booking restaurants to hotels, from flying fighter jets to swimming with orca whales. Velocity Black is the fastest, most convenient, advanced way to get the most out of life.

Velocity has raised over $30m in venture capital, and has offices in London, New York, Los Angeles and Miami. 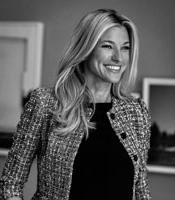 Nicole Junkermann is a London-based entrepreneur and investor who has previously raised her own significant private equity fund. Her primary focus has been on the crossover between the media and technology sectors.

She is among a new group of well-connected, successful entrepreneurs who believe that transformative technologies in robotics, genomics, augmented and virtual reality and artificial intelligence will create breakthroughs in areas including healthcare, financial infrastructure, security and premium content.

Nicole began her career in 1998 as a co-founder of football gaming portal Winamax. She invested in newly-founded Infront Sports and Media in 2002 and in Shanghai Really Sports, China’s third largest sports retailer, in 2005. Two years later she raised her own fund of €242.5m, United In Sports. Along with another major shareholder, Nicole helped develop Infront into one of the world’s leading sports media rights businesses, eventually selling it to private equity group Bridgepoint for €650m in 2011. Infront is now owned by the Dalian Wanda Group.

Since 2011, Nicole has been guided by her belief in the value of authenticity, that the fundamentals of business are enduring and that an entrepreneur’s journey is a marathon, not a sprint.

She also believes that one of the most exciting spaces today is where old and new connect and that the future of technology lies in understanding the limits of total disruption. Nicole is now working with the entrepreneurs who are defining the emerging industries that will change our relationship with the digital world.

Through NJF Capital, Nicole has stakes in a range of companies, among them OWKIN, Revolut, Sentient, Blockchain and Grabyo. Three of her early investments, Songza, Dollar Shave Club and RelatelQ, were acquired by Google, Unilever and Salesforce, respectively.

In June 2017, Nicole invested in and was appointed co-chair of Magnum G.V, the legendary photo agency.

In addition, Nicole, who speaks six languages, holds board positions with companies including Shanghai Really Sports, Owkin, and Trilantic Capital Europe.  She holds a BSCA from the University of Monaco. 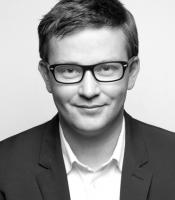 Alban holds a Master's Degree in Computer Science from the Ecole Normale Supérieure de Cachan (France) and is an alumnus of HEC Entrepreneurs (France).

Before joining Idinvest in November 2016, Alban spent two years at Partech Ventures, where he sourced and executed investments in Europe and the US (Alban was notably board member at Brandwatch and M-Files). Before that, Alban worked at Dassault Systèmes where, from 2008 to 2014 he successively led the CATIA Strategy team and then the 3DS Group Corporate Strategy team. Here he managed the 3DS technical partners' portfolio, the 3DS group and the brand's corporate planning efforts, closing over 10 M&A deals. Alban started his career with various Engineering & Research consulting positions at Salomon, EADS and Geonumeric. Alban also co-created some mobile apps and regularly lectures on entrepreneurship at the HEC business school.