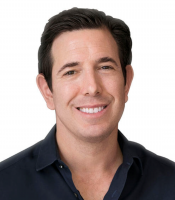 Bradley Tusk is a venture capitalist, political strategist, philanthropist and writer. He created the first venture capital fund to embrace regulatory risk. He ran the campaigns across the United States to legalize Uber and has since done the same for tech startups like FanDuel, Lemonade, Roman, Bird and dozens of others. He ran Mike Bloomberg’s 2009 re-election campaign, served as the Deputy Governor of Illinois (and managed to come out clean), and served as Chuck Schumer’s Communications Director. He has funded and run the national effort to create mobile voting over the blockchain with 20 different jurisdictions (so far) offering deployed military and people with disabilities the chance to vote on their phones. Bradley is also the chair of a publicly traded gambling company (Ivory Gaming Acquisition Corporation). His foundation has passed legislation in a dozen states to bring regular meals to approximately 6 million children, college students and senior citizens. He is the co-founder of the Gotham Book Prize, the owner of P&T Knitwear -- a new bookstore and podcast studio opening this fall on the Lower East Side of Manhattan, an adjunct professor at Columbia Business School, the co-founder and chair of Exalt -- a new startup attempting to digitize religion, the author of The Fixer: My Adventures Saving Startups from Death by Politics, the host of Firewall -- a podcast about technology and politics, and writes a column for Fast Company. He is also working on a comedic novel about legalizing flying cars. 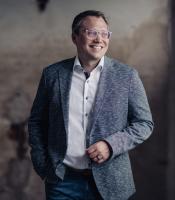 Tiemo Wölken is Member of the European Parliament and Coordinator of the Socialists & Democrats in the Parliament's Legal Affairs Committee (JURI). Recently, Tiemo was rapporteur of the JURI legislative initiative report on the Digital Services Act and responsible for the Committee's Opinion on the Digital Markets Act. As a member of both the Legal Affairs Committee and the Committee on the Environment, Public Health and Food Safety, Tiemo is advocating for a more sustainable climate policy, progressive health policy and future-oriented digital policy. 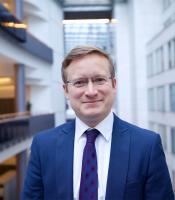 Ondřej is Member of the European Parliament representing Renew Europe. He is a member of the ECON Committee, the Chairman of the Working Group for Access to Finance for SMEs. His work therefore encompasses a wide variety of topics and focuses not only within Europe, but also beyond our borders to build relations with some of our closest allies. From transport and tourism, to border management, research and the practical use of new technologies, for example those based on Artificial intelligence and broader access to digital finance

Ondřej is currently working across his three committees on amending the Commission’s proposal for a Digital Markets Act, and is the Renew Europe spokesperson and lead negotiator on the Markets in Crypto-Assets Regulation.

In terms of legislation, His current principal area of focus is in Digital Finance, and the increasing digitalisation of the economy, particularly in the wake of the Covid pandemic. Last year he was Rapporteur on the Parliament’s legislative initiative report giving Recommendations to the Commission on Digital Finance: emerging risks in crypto-assets - regulatory and supervisory challenges in the area of financial services, institutions and markets. He has also been involved in a number of pieces of legislation as part of building up Europe’s Capital Markets. He led the Parliament's work on a number of tax-related files, including elements, such as e-Commerce, of the new EU VAT regime that has just come into force. 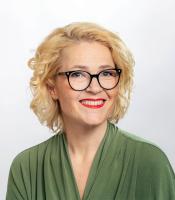 MEP Miapetra Kumpula-Natri is Member of the European Parliament now for second time and represents Finland and the S&D Group. She is eager to find sustainable solutions to climate change and Energy sector and looking for more investments in research, knowledge and fair working life through the European cooperation. Digitalization and teleoperation markets are close to her heart.

MEP Kumpula-Natri is a member of the Committee on Industry, Research and Energy (ITRE) and a substitute of the Committees on International Trade (INTA) and on Constitutional Affairs (AFCO). Right now she is also the first vice-chair of the Special Committee on Artificial Intelligence in a Digital Age (AIDA). 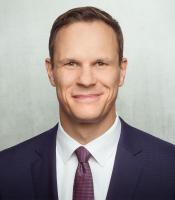 Marco-Alexander Breit was born in Neunkirchen / Saarland in 1981.

From 2001 to 2008, he studied political science, sociology and medieval and modern history at Heidelberg University and international political economy at the Catholic University of Louvain, Belgium.

From April 2018 until March 2021, Mr Breit held various senior positions in the Economic Affairs Ministry in the field of digital policy. Since April 2021, Marco-Alexander Breit has headed the Artificial Intelligence and Digital Technologies Task Force in the Federal Ministry for Economic Affairs and Energy. 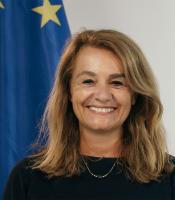 Ms Lucilla Sioli is the Director for "Artificial Intelligence and Digital Industry" within Directorate-General CONNECT at the European Commission. She is responsible for the coordination of the European digitisation of industry strategy and for policy development in the area of artificial intelligence (AI). The directorate also supports R&D&I in key digital industrial technologies including microelectronics, photonics, robotics and AI. Lucilla holds a PhD in economics from the University of Southampton (UK) and one from the Catholic University of Milan (Italy) and has been a civil servant with the European Commission since 1997. 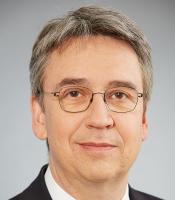 Andreas Mundt has been President of the Bundeskartellamt (German Competition Authority) since December 2009. He is a member of the Bureau of the OECD Competition Committee since 2010 and the Steering Group Chair of the International Competition Network since 2013.

After qualifying as a lawyer following studies at the University of Bonn and the University of Lausanne, Switzerland, Andreas Mundt entered the Federal Ministry of Economics where he worked from 1991 to 1993. He then joined the staff of the Free Democratic Party in the German Parliament from 1993 to 2000, where he was in charge of the portfolio of labour and social law. 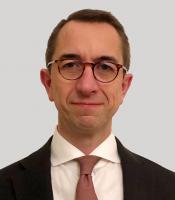 François-Louis Michaud is the Executive Director of the European Banking Authority. He was appointed on 1 September 2020. Since March 2014, he had been a Deputy Director General at the European Central Bank, with responsibilities in the Single Supervisory Mechanism (SSM) first for horizontal and specialised topics, then for the supervision of the largest European banks. Previously, whilst a Deputy Director at France’s Autorité de Contrôle Prudentiel et de Résolution, he had been closely involved in the preparations for the SSM since 2012. At the Bank for International Settlements before (2005-09), he worked on the global financial system’s vulnerabilities and served as the Secretary to the Markets Committee, a forum for central banks’ market operations officials. He started his career at Banque de France in 1996, where he held various roles in banking supervision, policy and financial stability, before being seconded to the Federal Reserve Bank of New York (2004-05). He graduated in Economics, Finance, and Philosophy. 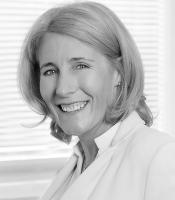 Emma has focussed on technology and data law and policy for the last 20 years in the UK, Brussels and Washington DC. She is the Director and Counsel for the Institute of AI – a not for profit that has built an international network of legislators focussed on improving global collaboration on emerging technology and AI regulation. The Institute of AI is part of the World Economic Forum’s AI Action Alliance and is working with the UN’s Tech Envoy Office on greater international collaboration. Emma is also a Partner in the commercial technology team at one of the Big 4 and as a lawyer she is independently ranked as a Leading Individual in the Technology, Media and Telecoms sectors. 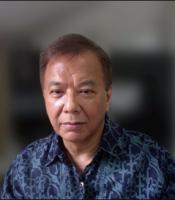 Endy M. Bayuni is a member of the Oversight Board of Facebook, an independent body founded in 2020 to oversee the company’s content moderation efforts. He is a journalist with 38 years of experience, mostly with The Jakarta Post, Indonesia’s primary English language newspaper/media where he served as its editor-in-chief twice, in 2004-2010 and in 2016-2018. Now, as a senior journalist, he writes opinion articles commenting on Indonesia as an emerging democracy and market economy, on its national politics and it foreign policy,  on how religion impacts the political processes, and on the impact of the changing media landscape. His articles are published in The Jakarta Post and international media outlets, including Nikkei Asia Review and Strait Times of Singapore. He helped found the International Association of Religion Journalists (IARJ) in 2012, and served as executive director in 2016-2021.  Bayuni is a recipient of the East West Center Senior Fellowship in Washington DC in 2010, the Nieman Fellowship at Harvard University in 2003-2004, and the Jefferson Fellowship at the East West Center of the University of Hawaii in 1999. He received his bachelor of arts degree in economics at the Kingston University in UK in 1981.