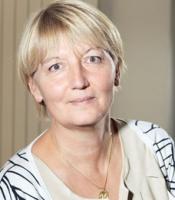 Born in Corrèze in June 1961, Catherine Lespine graduated from ESCP Europe in June 1982 after her scientific high-school diploma and one year of preparatory classes at Kléber high school in Strasbourg.

She starts her career as a financial controller at Paris Public Hospitals and graduates with a Master’s degree in Research in management sciences at La Sorbonne in 1985. In April 1986, her family life leads her to Bordeaux where she joins the INSEEC Group as a young professor in management control and strategy. From then on, she will never quit the Group. After having held all positions in Bordeaux, Lyon and Paris, managed all three Schools, created and developed various programs, she is at the forefront, as Associate Executive Director, during the sale of INSEEC by its founder to an American group, CEC listed on Nasdaq in February 2003. She is then appointed General Manager.

Between 2003 and 2013, she carries out development operations via an internal growth from 3,500 to 14,500 students, manages three acquisitions: University of Monaco, Luxury Attitude, ESC Chambery and contributes to the international development of the Group.

By the end of 2013, Catherine Lespine accompanies the Group in a further stage: CEC decides to sell INSEEC to APAX Partners, a French investment fund.

Since then, she has redefined with the new shareholder a geographical development strategy (acquisition of a campus in Geneva and majority stake in LBI China, campus in San Francisco), and in July 2016, has carried out with Apax Partners the acquisition of Laureate France. This M&A operation turns the INSEEC U. Group into the first private post-education group in France (23 500 students).