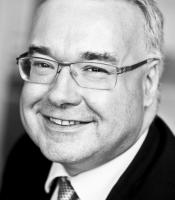 Mark Beilby received a First Class Honours Degree in Modern History at Oxford University. Where he worked as a non-stipendiary lecturer at Oriel and Balliol Colleges. After a period as a writer and Executive Producer with Video Arts (John Cleese and Sir Anthony Jay’s Company), he joined Morgan Stanley as a Financial Analyst and was successively Head of European Media research at SG Warburg, Deutsche Bank, JP Morgan and Dresdner Kleinwort. He was rated the top European Media Analyst for nine years by Institutional Investor and Reuters surveys. He was the Co-Founder and Executive Chairman of Lumi Technologies a global market leader in the provision of insight and engagement through mobile devices. In April 2017, he effected the disposal of a substantial part of this business to Private Equity Group Vespa Capital. Mark was a visiting Lecturer in Finance at The Cass Business School and a business mentor for NESTA, coaching growth companies in the TMT space.